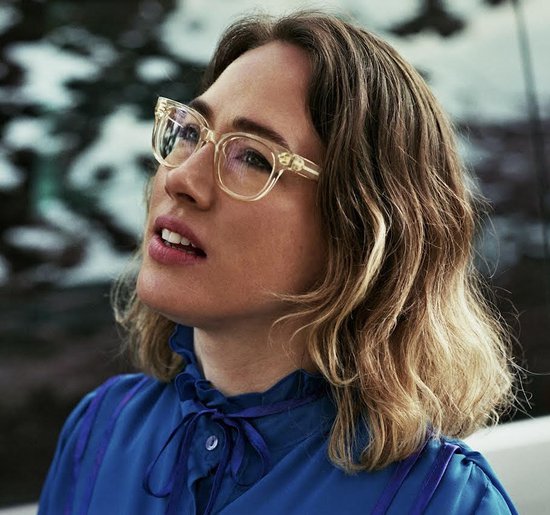 Carly is known for her work on Line of Duty, The Innocents and The Rising which is due to air April 22nd 2022!

It’s not very often you feel so on the same wavelength and connected with collaborators. It’s really inspiring and you pour your everything into it, which pushes you to try new things and evolve yourself.

I’m based in east London (Hackney) and originally from Canada. I feel surrounded by creativity and creative people in this area so inspiration is not far away at any moment. I bump into Martin Phipps (composer of The Crown) going to the corner shop.

WHAT INSPIRED YOU TO BECOME A COMPOSER?

Hearing my parents vinyl of Elton John’s ‘Yellow Brick Road’ as a kid.

Growing up with 80’s films having epic thematic scores like Alan Silvestri’s ‘Back to the Future’.

Yes, I once reached out to one of my favourite composers Clint Mansell and 6 months later he asked me to perform piano of his works at the Ghent Film Festival. Then do some piano arranging and playing on Duncan Jones Bafta winning film ‘MOON’. Through touring live in Clint’s band and doing some arranging, I really soaked up a lot and grateful for the experiences.

During the pandemic I had the opportunity to mentor talented composer and artist Alexandra Hamilton-Ayres. Was a lovely experience and felt we both learnt from each other and a great support system during the scary early lockdown days.

Dealing with isolation and persevering. Being a media composer can be a very lonely job, so working hours, days, and even weeks alone writing/producing can be normal. I moved from Canada to UK so being away from family and friends while pursuing my love of music also had its challenges. I’ve always kept my Québécois grandfathers words close to heart, ‘ La persévérance est la clé du succès’.

Be patient and enjoy the journey. This is gonna be a lifetime of work.

Having a full time assistant.

Yes I have but I think it will still take a long time before we are not asking these types of questions.

Line of Duty series hitting over 12 million viewers. Playing piano for Clint Mansell. Performing my score of The Innocents at the BBC Proms Royal Albert Hall with London Contemporary Orchestra.

Literally worked like I was living on a space station during first lockdown so realized I need to spread my energy better. Also, did a lot of projects where I never met in person any of the team while working on the project which is cool, but I miss bonding in person.

Ice hockey, rocks, cottage life and baby ducks. Not in that order.

My favourite colour is green and I’ve wanted to be in a rock band since I was very little.

‘The cure to anything is Salt water. Sweat, tears or the Sea’.


IS THERE SOMETHING YOU LEARNT ON THE RISING THAT YOU'LL TAKE WITH YOU ON FUTURE PROJECTS?

Primetime invited me to a Director x Composer ‘speed networking’ virtual event [Primetime Pledges]. It was here I met director Ed Lilly and we hit it off very early (we were also wearing the same thing in our first meeting haha). We went on to collaborate on ‘The Rising’ which has been such an organic, collaborative, energized experience. We were all there for the same reason, to kick ass on this project we were all so passionate about it.

It has felt like a team through the whole process from the actors, music supervisor, producers, costume designer and beyond. It’s not very often you feel so on the same wavelength and connected with collaborators. It’s really inspiring and you pour your everything into it, which pushes you to try new things and evolve yourself.