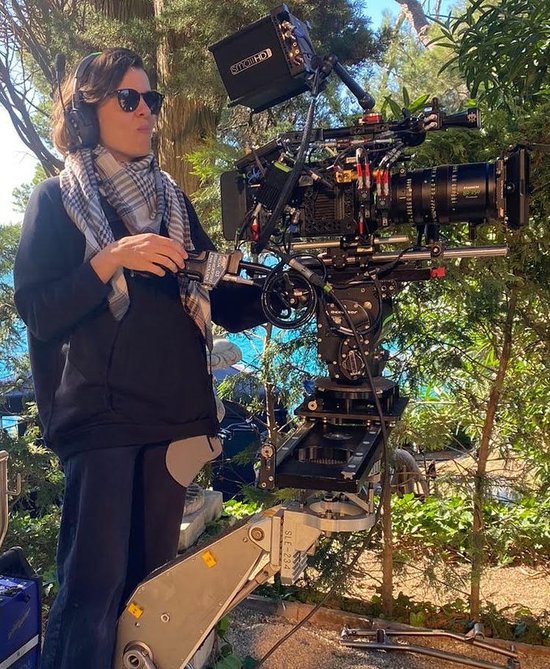 Tanya is known for her work on Secrets of the Saqqara Tomb, A Very British Scandal and the upcoming prequel to Game of Thrones, House of the Dragon. Tanya is repped by Sara Putt.

I look up to mothers who have the most difficult job in the world of raising a future generation with less assh*les.

I’m based between London and Amman, Jordan where I’m from. It gives me a good balance of working on bigger projects here in London, while working on some of my passion projects back home.


WHAT INSPIRED YOU TO BECOME A CAMERA OPERATOR?

Wanting to be a part of making cool things that people watch.

I’ve been given opportunities from people that I’m grateful for, and my friends are my mentors in life, but I never had an industry mentor. It’s something I think is important. I mentor university students, and I’m launching a podcast where I interview camera women in different stages of their careers about their experiences, to give people the access to relatable stories to help navigate the industry.

I look up to mothers who have the most difficult job in the world of raising a future generation with less assh*les. And Agnes Varda.

It's the same advice I would still give myself today: learnt to let things go.

Generally people being kinder and more understanding towards each other would make everyone’s job easier.

Yes and no. In a way there is more awareness, but also there is a deep structural problem that still exists and unconscious gender bias is even harder to challenge because some people don’t even realise they have it. Also in many places women haven’t even had the chance to say Me Too yet.


HOW HAVE YOU BEEN KEEPING BUSY DURING THE PANDEMIC - HAVE YOU DISCOVERED SOMETHING NEW THAT IS BRINGING YOU SOME JOY?

The pandemic didn’t change much for me in terms of lifestyle, I just have less FOMO now.

I think we underestimate how much recharge time we need between jobs and it’s ok to be unproductive, so I’m passionately unproductive sometimes.

I like to pick locks if anyone needs a bank heist buddy.

"Leave the gun, take the cannoli."