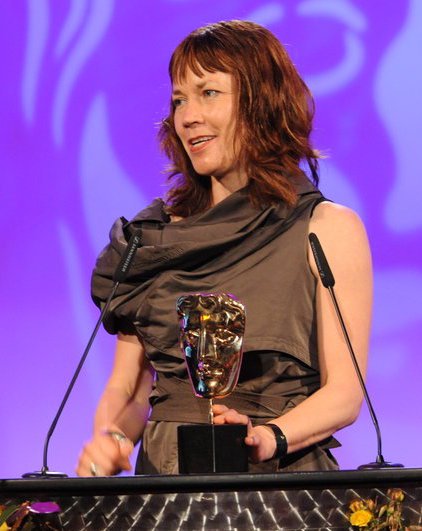 Kristina is known for: Red Joan, Mo, My Cousin Rachel, The Crown, Blackbird, is BAFTA nominated for her work on Birdsong and won the BAFTA for Mo.

"My greatest successes are the films I really struggled to make work."

Where are you based and how does this play into the work that you do? I am based in London. Post production especially drama is largly based in Central London so it makes sense to live here.

WHAT INSPIRED YOU TO BECOME AN EDITOR?

As a child, film and TV could sweep me up and affect me deeply. I wanted to be a part of this magic and feel privileged that I am now part of it. When I came to London from rural North England I had one contact a Vision Mixer who then introduced me to an Editor and I still remember the day I walked into an edit room filled with film trims in the basement of the BFI Rathbone Place. I just knew it was the job for me and I have never looked back since.

I was lucky enough to assist a few great editors who advised and encouraged me forward to becoming an editor. At the BBC I worked on great productions like The Singing Detective and Monocled Mutineer with great editors Tariq Anwar, Robin Sales, Mark Day and Dan Rae. It's a tough industry so having people supporting me has been a valuable part of my career.

I moved from assisting to editing in my 20’s which is quite young to be a Head of Department I cut many short films for expenses only and went to many interviews before I was given my break as an editor. Looking back I see this was an important period in my life honing my skills as an editor and my interview technique.

In editing there have been many great female editors but two that stand out are Ann V Coats and Thelma Schoonmaker whose work I hugely admire.

To have confidence in my abilities and speak out.

Longer schedules... well I would say that wouldn’t I?

Definitely it's given a voice to women and called out unacceptable behaviour wielded by powerful people.  There is still a long way to go to full equality.

In my case an edit room. A water bottle and pictures/flowers to make the place more homely as I know I will be spending many hours in the room.

Success can be measured in awards which is a wonderful thing, my BAFTA for Mo is one of the most special nights of my life. However only the editor and members of the crew know what was shot and how difficult it was to make the story work. My greatest successes are the films I really struggled to make work.

I hope to continue my collaboration with Roger Michell early next year.

Cycling tours and cycling in general. I love the space and changing landscapes possibly due to the close up computer work I do daily.

“You have to keep banging away at something until you get it to work. I think women are maybe better at that”  Thelma Schoonmaker