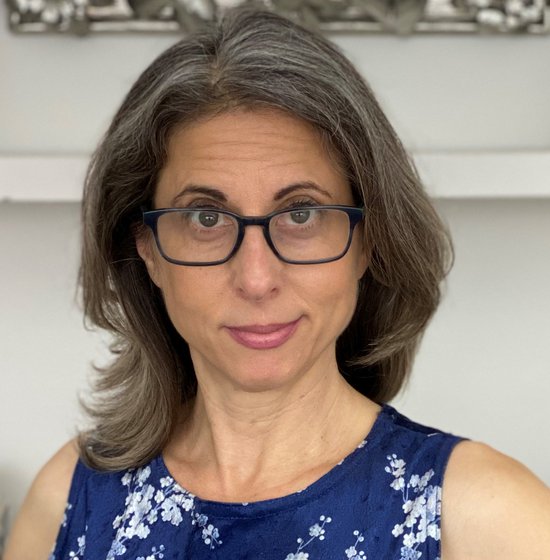 Jean is known for her work on Deep Water on Prime Video, the upcoming Blonde and Harvest Moon.

I would let myself know that though some of my first jobs would be tough, I would also get to work on productions that were creatively fulfilling and fun. I’d congratulate myself for following my gut and allowing myself this grand adventure.

Where are you based and how does this play into the work that you do?

I’m based in Los Angeles and have traveled to other parts of the U.S. and abroad for productions. Being on the West Coast has provided opportunities to work with talented actors and filmmakers. I came to L.A. for the entertainment industry and remain here for it. It’s exciting to be driving distance to big Hollywood productions.


What/who inspired you to become an Intimacy Coordinator?

My life was moving in the direction of being an Intimacy Coordinator before the position even existed. That’s because I’m comfortable talking about sexuality and have done so for universities. I have experience as an actor and love being on the set. I’m also a consent expert due to my work as the Founder and Lead Educator for Cuddle Sanctuary. Being an Intimacy Coordinator is an opportunity to be a part of a big change in our culture and feels like I’m in the right place at the right time.


Has mentorship played a role in your career and to what extent?

When I first heard about Intimacy Coordination, I searched to find out who else was interested in doing it. That’s how I discovered Amanda Blumenthal. I respectfully reached out to her to see how we might support each other. I had no idea that she was already working on HBO’s Euphoria and had months of experience. What began as a generous talk on the phone evolved into a relationship that included training and what would become Intimacy Professionals Association. That journey began with a well-worded email! I am also grateful for the online forums with intimacy professionals from all over the world who share insights and support. If need be, I can share a situation or a time sensitive conundrum that I’m dealing with on set and get useful feedback - often within minutes. I think in order to thrive in this work, we need each other.


What has been the greatest challenge you have had to overcome to get to where you are now?

It takes a great amount of courage to be a self employed person doing gig work. At least it does for me. There have been several times along the way where my earnings weren’t lining up with my needs. In those moments, I’ve had to get creative and open up to new ideas of how to connect the fiscal dots. Words like “trust” and “surrender” transition from theory into practical tools for survival.


Are there any women who you particularly look up to or whose work you have been influenced by?

When I worked on the Netflix show, Sex, Love & Goop, I had no idea that one of the experts - Amina Peterson - would capture my imagination and become someone I follow for inspiration. Amina is the Founder of the Atlanta Institute of Tantra and identifies as a sexual revolutionary and activist. If you saw the show, you’ll remember that Amina was the one who disrobed completely as a way to model body acceptance for a client. It was powerful! Amina’s organization centers Blackness and others in the Global Majority in its mission to support people seeking healing and sacred sexuality.


What advice would you give to yourself when starting out?

I’d warn myself that some people in entertainment would be threatened by the Intimacy Coordinator role and hostile to the work while others would embrace it with a great deal of respect and support. I would let myself know that though some of my first jobs would be tough, I would also get to work on productions that were creatively fulfilling and fun. I’d congratulate myself for following my gut and allowing myself this grand adventure.


Is there anything that would make your job or getting work easier?

A hard part of my job is that people often make incorrect assumptions about what I do. It’s sometimes assumed that I’m like a strict police officer when my intention is actually to be a creative partner. I know myself to be trustworthy and easy to work with, but the stakeholders in this process may not know me and are therefore very cautious. Sometimes even actors - the very people my job is to support - resist meeting with me. What I’ve learned is that it takes time and patience to build trust and rapport. Once I’ve got that, the work becomes a pleasure.


The Times Up movement is now in its fifth year. Have you noticed any changes since it started?

I’m grateful for the #MeToo and Times Up movements that have helped make sets safer places to do intimate work. These days I notice that more filmmakers and actors have worked with an IC at least once before. It’s nice not to have to re-invent the wheel every time.


What are the essentials that you always take to work with you?


What has been one of your greatest successes so far?

I adore having time to workshop with the actors to build trust and rapport. Sometimes I get the honor of collaborating with the director to create the choreography. And it does happen that a director will say, “You block it!” This is tremendously fun and creatively satisfying.


The last couple of years have changed the world and our Industry as we know it - did you discover something about yourself or take up a new hobby that brought you some joy?

During the pandemic, I learned that I was less of an extrovert and more of an ambivert. I enjoy nourishing time with people but also thrive with extra time at home. I’m glad to have rich experiences and also relish the time to reflect and digest. I’m taking that info with me to inform my life moving forward.


What is your behind the scenes passion outside of work?

I enjoy gathering with friends and having deep talks. I’m lucky to have touch-positive and consent-positive humans in my life. Eye contact, authenticity, shared vulnerability and hugs can be blissful for me.


Tell us something about yourself that not many people know.

Thanks for asking! I wrote and produced the one-woman show, “Coming Out Kinky” and performed it in ten cities. Not long after, I was hired by the University of Florida to present the show for students. I was amazed that a subject matter so personal was considered useful for students. I evolved from there to giving other sex-positive talks at universities and am available for bookings when not working as an IC.

What is your favourite quote or mantra?

Here’s one I just wrote for myself: “I inwardly smile when I see the connections between pleasure, fun, and wellness across all of the categories of my life.” Isn’t that nice?

Is there something you learnt on Deep Water/Harvest Moon?

I learned on Deep Water that a director who may not be welcoming at first to the role of the Intimacy Coordinator may warm up to it a little bit over time. (I feel at ease sharing that with you because the director shared in interviews his reticence about it!) My colleagues have even better stories where the most resistant person turns out to be their enthusiastic cheerleader moving forward and swears that they’ll never work without an IC again. Love it!