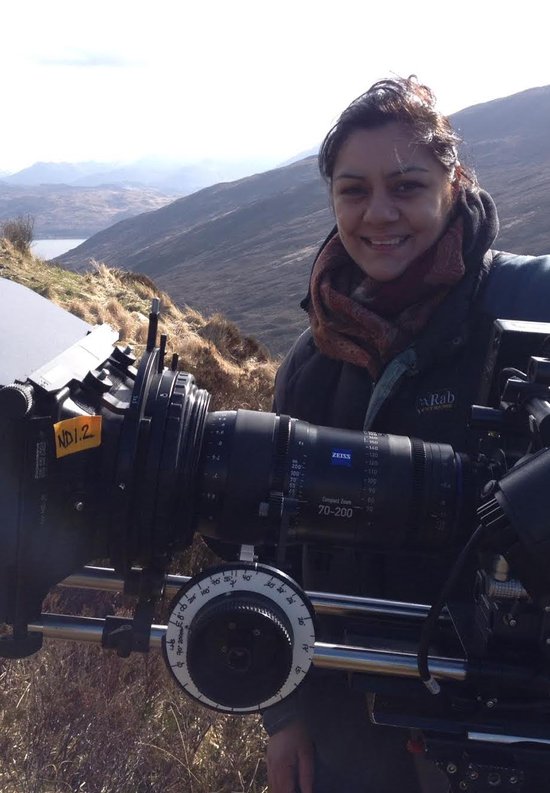 Jaspreet is known for: The Wife, Churchill, Under The Skin, Fast & Furious 6, Whisky Galore, World War Z and is a member of GBCT.

"My greatest success is having made a living doing what I love for 25 years."

I am based in West London, within reach of Pinewood, Shepperton and Warner Brothers Studios. Ideal, really. I’m from Glasgow originally and I love getting the chance to work in Scotland too when I can. I also keep a ‘go bag’ and my passport handy, so I’m ready to catch a flight at short notice, if an overseas job comes up.

WHAT INSPIRED YOU TO BECOME A 1ST ASSISTANT CAMERA?

I studied film theory at the University of Glasgow. That made me think about film at a critical and theoretical level. My interest then moved from theory to praxis. How do lights, cameras, sound, acting etc., all coalesce into a narrative? I continue to be fascinated by that process.

I think most people who work in the film industry would say they worked with people who had a big influence on them at some point, either by pointing them in the right direction or taking them under their wing at a crucial point in their development. I’ve worked with many DOPs over the decades, but John Rhodes stands out as a key figure. Not only is he a great cinematographer, but he is just a great person: funny, humane, witty and a rock. He was pivotal in my transition from being a loader to working as a 1st AC on high end dramas, and throughout our years together I learned so much from him both professionally and personally.

The greatest challenge for me was finding my identity. When I started out, the percentage of women working in camera department was relatively small, so that was definitely a challenge. There’s a lot to be said for resilience.

I am inspired by every woman who has achieved success in the industry. Athough Joan Churchill A.S.C. certainly left a lasting impression. I loaded for her on a commercial where she did 50 takes of one continuous handheld shot. That was 20 years ago. From the current generation, Reed Morano A.S.C. is hugely inspiring, both as a director and a DOP. Outside of work? Greta Thurnberg. This 16 yr old just sailed to New York to take on climate deniers. This is the REAL Wonder Woman.

It’s just a ride. Enjoy it.

Film crews are often composed of established teams, which can make it harder to get a gig. It would be great if crews were more open to working with new people. Giving someone a break can change their life.

Change is rarely instantaneous. It takes a coordinated effort to make a difference. But certainly, the physical presence of more women in camera departments is noticeable and as a result changes the dynamic on set in a positive way. One hopes it’s a paradigm shift. Certain production companies conduct mandatory sexual harassment and conduct training now. But there is more to be done to create a future facing film industry.

A clear mind and a can-do attitude. If the mind isn’t focused, the eyes don’t matter. Beyond that: tape measure, disto, Lumicolor pens, Sensor torch, lens cloths, T- bar, an aromatherapy roller ball and a banana!

My greatest success is having made a living doing what I love, for 25 years. Any fans of Alan Watts out there will know what I mean.

I have been working on a lot of commercials recently and have a few more coming up. Plus, I’m always in talks with DOPs about projects that might be happening.

I love cooking and eating out. My ideal holiday is being in a new city and finding a back street place that serves the most amazing local food and wine. My idea of heaven.

There will always be a million reasons not to try anything, so I’ll go with Mark Twain’s advice: ‘Don’t wait. The time will never be just right.’