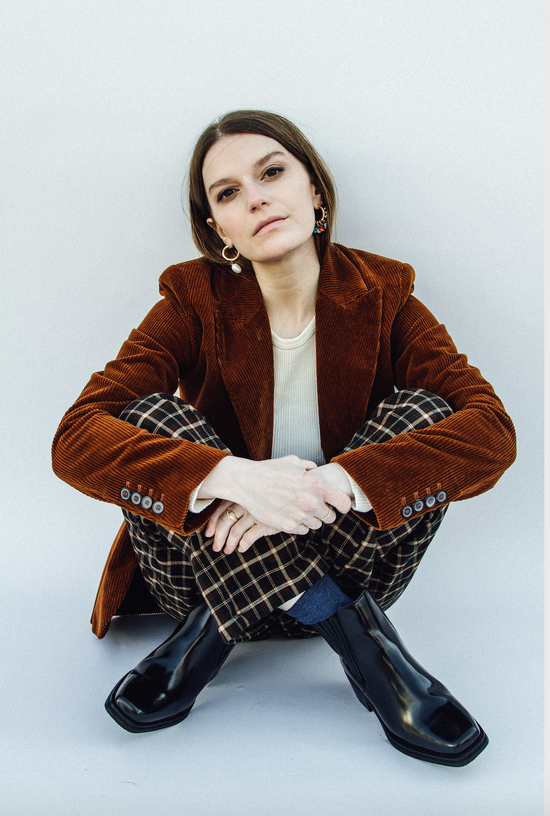 Ally is known for her work on Feel Good, Shrill, Schitt's Creek, Terrific Women and is represented by WME and Partizan.

"Just trusting that even though you've heard 1000 'NO's' you will one day hear a 'YES' that will make all of the rejections null and void."

I'm based in both Toronto and LA. But I work everywhere, and have recently shot a fair amount of work in London.


WHAT INSPIRED YOU TO BECOME A WRITER/ DIRECTOR?

So many things. My childhood as a dancer and choreographer. Watching Christoper Guest movies with my cool older sister as a teen. How it felt the day I started writing my first short film (and used Final Draft for the first time). Loving the painful act of editing my first documentary in university. And the fact that it seemed like a secret message was being sent directly to me when I finally saw a picture of Sofia Coppola on set after I had only ever seen directors that looked like Peter Jackson my whole life.

It hasn't unfortunately, no! At the time that I was coming up, there were only really highly competitive, more formal mentorship programs in place at studios and networks (usually only available to people who didn't have to work to afford life), and the mentors were mainly older straight, white men (because that's who was allowed to get paid to direct at the time lol). And the idea of learning how to look at the world through that perspective never really appealed to me.


PRIMETIME ASIDE: Ally is known for creating paid opportunities for underrepresented voices on her own sets and when we last spoke she has just been shooting in London and Writer/Director & Primetime Member, Abena Taylor-Smith, joined her.

""It's pretty rare for directors to get the chance to see how other directors work in person so shadowing Ally was an amazing experience." ~ Abena Taylor-Smith. Abena is repped by Nicola Biltoo at The Agency - check out her award-winning work!

Just trusting that even though you've heard 1000 'NO's' you will one day hear a 'YES' that will make all of the rejections null and void.

Totally. They include but are not limited to: Lucia Puenzo, Lulu Wang, Nicole Holofcener, Lisa Cholodenko, Chloe Zhao, Amy Heckerling, Nora Ephron and basically any woman who was trying to make anything in a time before 2015.

Don't let people say things in front of you or to you that you will be ashamed that you didn't call out. Even though it's scary or even if it will affect a project, people will respect you so much more in the long run if you denounce problematic behaviour in our industry.

Scripts and storyboards with my terribly messy handwritten notes ALL over them, a reusable water bottle, and collaborators that I love and trust.

Directing the first season of Feel Good (a show that is so special to me both personally and professionally as a queer woman) and having it receive a 100% Fresh score on Rotten Tomatoes.

Watching good movies and making time with my friends to simply, for lack of a better word, chill.

I used to want to be a journalist like Hunter S. Thompson, but that's probably because I suffered from major internalized misogyny as a teen.

If your ten-years-from-now self came back in time and asked you if you were doing everything you possibly could to achieve your dreams today, would you be able to say yes? If the answer is 'no,' then you know what you have to do!